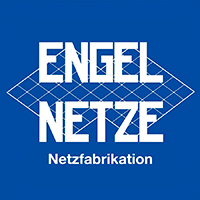 On the 10th of July, the day of the final of the European Championship 2016 the 11th ALLSTARkicker CUP took place inthe 11FREUNDE EM Quartier. This time the DFB Kulturstiftung, the department for culture and education and the buero doering were supporting the event. It was an amazing cup.        14 players were gambling for the trophies in the Berlin summer heat. Third winner: Felix Müller aka Gerd Müller. Second winner, in his first appearance: Jerrad Adomah from Ghana aka Kevin Prince Boateng. And the winner of the 11.ALLSTARkicker CUP: Toni Luhdo, the Physico aka Paul Gascoigne, winning the CUP for the third time! Congratulations!  But what we could do playing against Toni Physico Ludho? He is calculating everything in one second. Otherwise how it can be possible that the shadow of the trophy is making a „1“ on his head?

ALLSTARkicker at 11mm
The making of Buffon